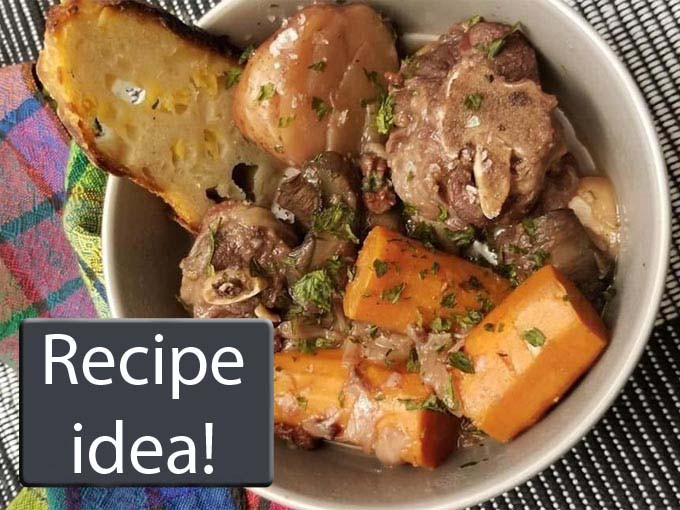 Toss in flour seasoned with garlic, salt and rosemary. Add a touch of oil to the instant pot and brown a couple chopped slices of bacon or a handful of chopped pancetta. Sautee until crispy and fat has rendered. Brown lamb 4 to 5 minutes on each side. Remove lamb from the pot and add a few cloves of minced garlic and a quartered onion. Cook for a couple minutes until the onion begins to soften, add a half a cup of red wine to the pan to deglaze and continue to cook onion. Add a tablespoon of Worcestershire sauce, a bay leaf, and additional half cup of red wine and two cups of beef broth, add a couple carrots cut into big chunks, a few halved red potatoes and 8 oz of quartered mushrooms to the pot along with the lamb. Cover and cook for 40 minutes. Let natural release for 15 minutes and then quick release. Add a slurry of cornstarch and water and boil until thickened. Serve with crusty bread and garnish with parsley and flake sea salt.